David Sedaris’ recent book ‘Calypso’ is the perfect companion on a trip to the North Island to visit family because:

I often listen to David Sedaris on audio book, but have enjoyed revisiting his essays in written form. I think I took more notice of the immaculate way he brings a sentence together. He has an original vision, including:

The most poignant, memorable writing in ‘Calypso’ is about David’s relationship with his father. His father appears not to have liked David that much, all his life. He purposely counts the empty seats at his son’s performance and points those out (30 out of two thousand). David struggles to strike up conversation with his father when the family is all together at the Emerald Isle beach house, and yet knows this time is precious because his father is in his early nineties … and he doesn’t want their last conversations to be fights about politics.

The loveliest thing about the writing of David Sedaris is how much he enjoys his life, seeing clearly everything that isn’t perfect and being happy to share all of that. He actively looks for what is funny, uncomfortable and peculiar about himself and the people he loves. 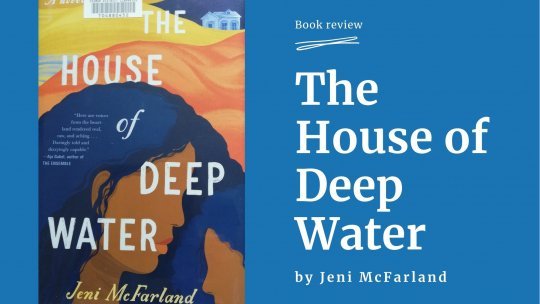 The House of Deep Water